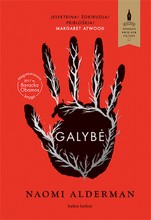 In The Ribbon at Olympia's Throat, Michel Leiris investigates what Lydia Davis has called the "expressive power of fetishism¿: how a seemingly irrelevant aesthetic detail may cause the eruption of sublimity within the mundane. Written in 1981, toward the end of Leiris's life, The Ribbon at Olympia's Throat serves as a coda to his autobiographical masterwork, The Rules of the Game, taking the form of both shorter fragments (poems, memory scraps, notes) that are as formally disarming as the fetishistic experiences they describe, and longer essays, more exhaustive critical meditations on writing, apprehension, and the nature of the modern. Rooted in remembrance, devoted to the kaleidoscopic intricacies of wordplay, Leiris draws from his own aesthetic experiences as writer and spectator to explore the fetish that "exposes and disarms the sinister passage of time,¿ conferring "an undeniable realness upon the whole by essentially causing it to crystallize in a reality it would never have possessed if that sturdy fragment hadn't acted as bait.¿